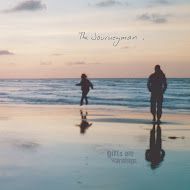 Journeyman was the musical outings of the better known ‘Pete the Hippy’, last we heard he was growing veg somewhere in Cornwall, hopefully he is still making music too

This CD was released in 2004 and is full of folky loveliness, songs about ‘St Brigits Day’, ‘New Years Morn’, ‘Jurby Head’ – all things worth celebrating !

Guest players on the CD were Simon Buttimore, Mike Seed and Erica Hull