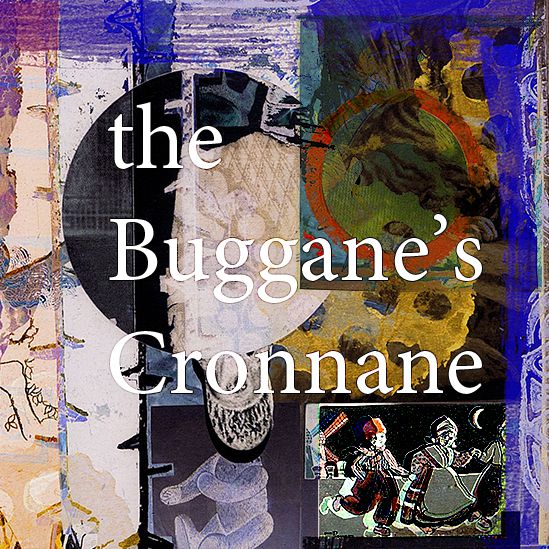 An unusual CD ‘The Buggane’s Cronnane’ has little to do with the mischievous creature that historically created havoc at the roofless St Trinian’s Church in the parish of Marown. His namesake, however, is a member of the Ballagroove Collective and involved in a number of other musical collaborations.

‘The Buggane’s Cronnane’ is a piece of music initially inspired by David Maddrell’s ‘Carpet Pages Exhibition’ and influenced directly by the composition of the pictures. It’s an attempt to reflect the textures and images used in David’s artwork with the intention of being ambient. A spirited patchwork of sound a number of characters depicted in the pictures are revealed during the playing of the CD; notably the horse, the baby and a vociferous rooster. Listen closely and you will also hear the Dutch National Anthem.

Cronnane is a Manx word meaning drone which was felt to be an appropriate title as the music uses repetition and recurring themes in its construction, with the use of modern synthesised sounds, loops and samples complemented by the use of traditional instruments such as strings and brass.